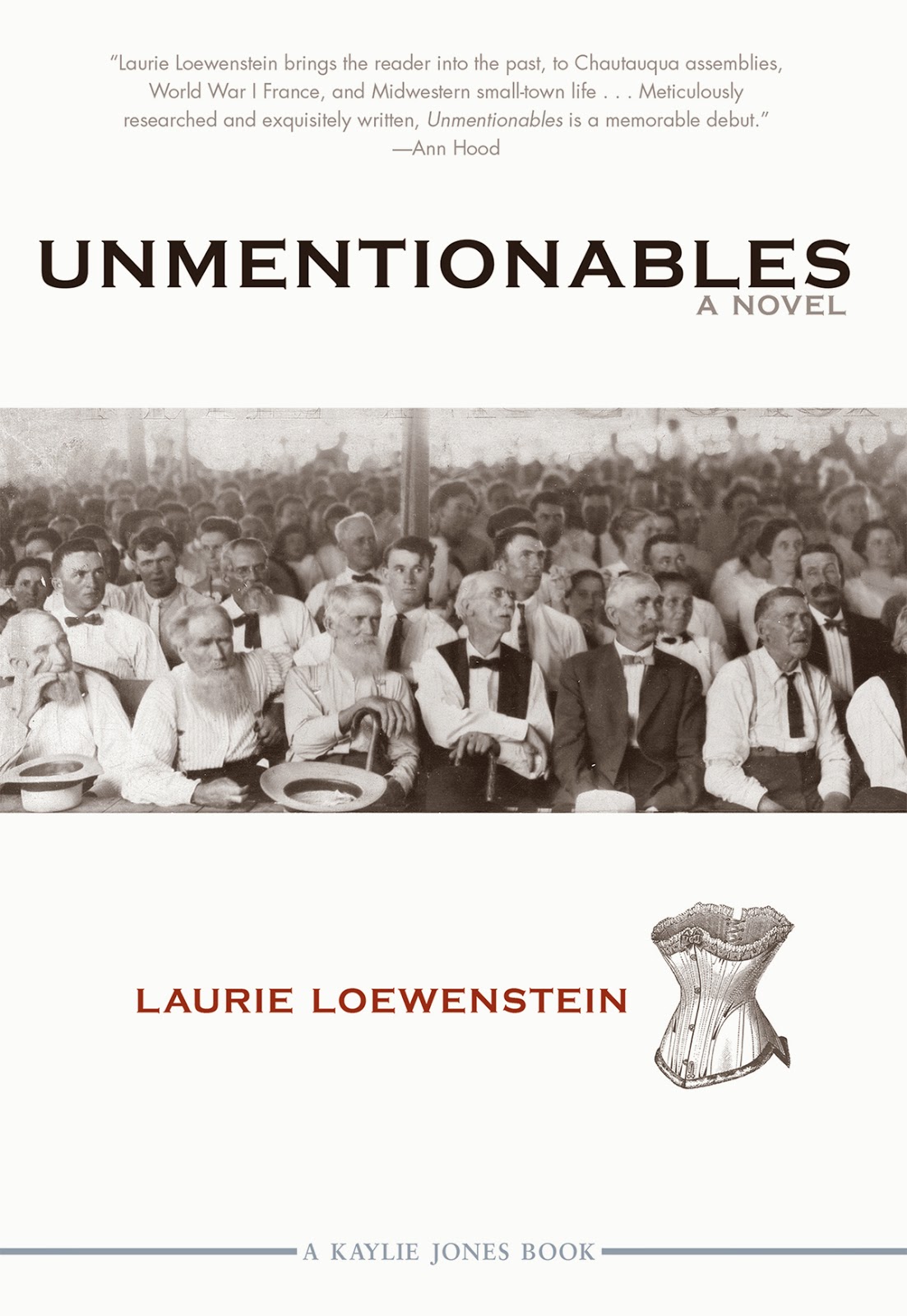 I received a copy of Laurie Loewenstein's debut novel, Unmentionables (2014) through the LibraryThing Early Reviewers program. The combination of historical fiction and women's movement details were right up my alley, so the Early Reviewer selecting robot did a good job there.

The book starts us off in a small town in Illinois on the Chautauqua circuit in 1917. Marian Elliot Adams is a veteran speaker with the traveling educational / entertainment spectacular that comes through town every year. She speaks to the crowd on the somewhat salacious topic of revolutionizing women's undergarments. She believes that simple is best, and that women who aren't weighed down with pounds of petticoats and unnecessary straps and belts will be more able to participate in everyday life and healthier to boot. Most of the crowd is a little scandalized by her talk, but the town's widowed newspaperman Deuce Garland, and his step-daughter, Helen, are intrigued by this commanding and confident woman.

While bending down from the stage to talk to Helen after her speech, Marian slips and violently twists her ankle, forcing her to spend some unexpected down time in the small town recovering with Deuce's next-door-neighbor, Tula.While she is in town, she makes a big impression on the lives of Deuce and Helen, and sets events in motion that ripple through all their lives over the next year.

I have to admit at first this book didn't really grab me. It was nice enough, but the characterization was a little broad and the plot followed predictable cliches of women's rights, fighting for justice, and cloaked Midwestern racism. But then something happened -- Loewenstein isn't afraid to let her characters develop a little more deeply than you'd expect, and the action of the novel sometimes slides away into unexpected territory. Particularly in the case of Helen's solo move to Chicago and her experience in the workforce and Marian's work with the Red Cross in France during WWI, the plot of the novel explores the darker side of justice and good works and ultimately earns the right to its rather romantic (and sweet) ending. While the book would have been stronger for me without the foundation of a traditional and predictable set of plots and characters, Loewentstein ultimately goes beyond that and gives us a strong and surprisingly moving novel.
Posted by Spacebeer at 10/12/2014